Nostalgia called and it wants you back. Bad.

About the author: Alysa Duval has been in marketing for over 15 years and is passionate about bringing ideas to life. She decided to go into marketing after watching the movie BIG when she was 11. She has an always "on" attitude except when she is spending time with her husband and two children.

If you were like me as a kid in the late eighties, you most likely tuned into watch Full House many a Friday night. You were immediately drawn into the storyline: a dad (Danny), an uncle (Jessie), and their good pal (Joey), all raising three young girls (DJ, Stephanie, and Michelle) under one roof.

It was at the time groundbreaking for its depiction of a modern family. And at that time there was a large national audience of men and women who found themselves a part of their own non-traditional  families, who longed to see something they recognized on TV. But few programs captured this moment as well as Full House. Families who watched these shows were immersed in a Brady Bunch meets My Two Dads world, and lessons learned on the show helped them navigate their own uncharted waters (Level 5).

As a result, Full House was a huge success, lasting eight seasons, and anchoring a weekly programming block on ABC that was called TGIF—it even helped popularize the acronym! (Imagine if we had social media back then? #TGIF) 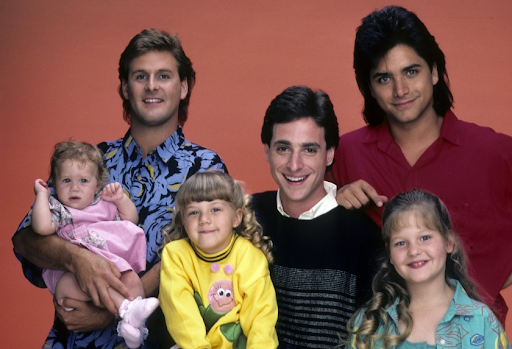 What is Full House’s Seventh Level?

I believe it would be something like: “to be a family-oriented show that demonstrates strong family values while navigating conflict resolution in an empathetic way.”

Before we move on, I wanted to share a little about myself. My name is Alysa Duval. I’ve been in marketing for over 15 years. I am a mother of two and a police wife. My passions lie in bringing ideas to life—particularly around branding.

I first learned of the Seventh Level through a free course on Hubspot—score! And after taking the course, my marketing life truly changed. I operated with a completely different lens, and found myself applying the framework to everything. Nothing was safe: no friends’ posts on Facebook or TVs shows avoided my strategic scrutiny!

And that’s why, when my seven-year-old asked if she could watch Fuller House, I was all in—another new series to practice my understanding of the Seventh Level on, right? But admittedly I had some reservations. I had major love for the original Full House and didn’t want to see a lame, poorly done new version. However, as soon as we started watching I knew that wasn’t the case.

The show did such a great job of blending the old with the new in ways that would engage people not super familiar with the original show like my daughter, as well as people like me who have been fans for decades. I may have started at Level 5 and watched more out of curiosity than anything, but quickly moved to Level 6 where I felt not only inspired to keep watching, but to also talk to my daughter about the dynamics of family and how not every family has a mom and a dad. And now, as we wrap up watching season five, I am once again, back at the Seventh Level.

Now back to the show itself.  I believe the key to the show’s success centered around engagement.

For anyone familiar with the show you know what I’m talking about. You watched every Friday night as the girls—beginning at ages ten, five, and nine months—grew up before your eyes and navigated the same issues at school and at home as you did.

As a child in the 80s (I was seven when the show first aired) I wanted Danny Tanner in his “Dad jeans” making me a crustless sandwich as I poured my heart out over the boy at school who said I was ugly. I was at Level 7 early on. Maybe it had just as big an impact on you. Perhaps the show inspired you to be a better friend, wear neon socks with matching neon scrunchies (which are back now… why?) or to talk to an adult about an issue you are having (Level 6). Whatever the case, the show had a recipe for success, it was only a matter of time before it made its comeback.

Fuller House Keeps Playing the Hits, With a New Spin

Remember all the National Lampoon movies where Audrey and Russ were always played by different actors? Well that doesn’t happen here. When Fuller House made its debut on Netflix the same cast was cast—all except for little Michelle. (You can Google that drama if you want.) She’s essentially been replaced by the neighbor, Kimmy Gibbler, who was a staple then and now. This time around, you have girls… er, now women, raising boys. The same girls you grew up watching (minus Michelle) are now working together to raise three boys, leading to that same old, Seventh Level magic! 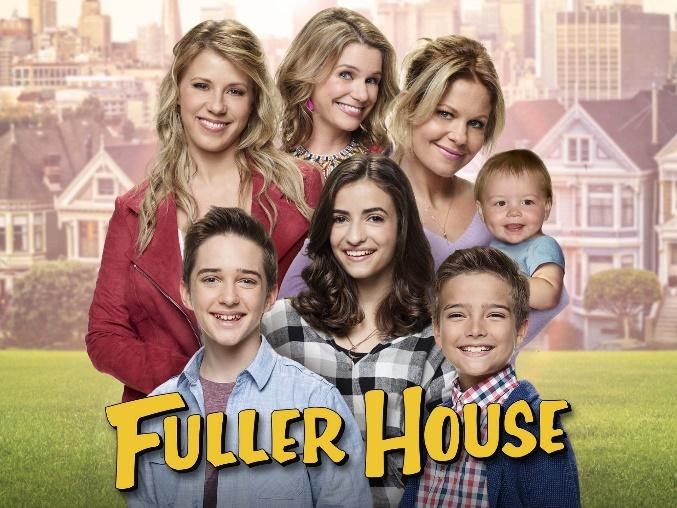 We live in a world of constant change, where distractions are everywhere. We watch TV with our ears more than our eyes. We also rarely get that #TGIF feeling, where we wait patiently (or not!) for something small like a new episode of our favorite show then share the experience together—Netflix means we can watch something whenever and wherever we want.

So how can a show like Fuller House survive in this new world? Engagement.

By holding true to its Seventh Level, the show was able to engage the same type of audience and last for five seasons, with a teaser for more to come. Nearly every day, for an entire month, we tuned in to watch.

My daughter enjoyed the show because, and I quote, she “thought the kids were cool.” I liked watching because it brought me back. Back to a much simpler time in my life and escaping into that Full/Fuller House world, where the “door is always open.”

And that was part of their strategy. They knew who the bulk of the viewers would be—adults of a certain age who may or may not have children to watch it with. They knew the blue plaid couch that was a central to the original series would spark joy a second time around. Every episode was jammed packed with solvable problems, characters from the original season, like DJs first boyfriend Steve, or Gia, the girl who smoked when she was a teenager causing major parental threats in households across America. These characters would either come on to stay or come on the show to close some sort of door with the original viewer you didn’t even realize was still open.

Fuller House is a perfect example of a show that understood their audience and evolved to meet the needs of a different time while keeping true to their core, their Seventh Level.

Let’s close by revisiting that Seventh Level: “to be a family-oriented show that demonstrates strong family values while navigating conflict resolution in an empathetic way.” Fuller House exemplifies that on-screen, while also inviting nostalgia-hungry viewers to revisit old fictional friends, and share a familiar but new experience with their loved ones, in my case, my daughter.

To find out more about how the Seventh Level can guide you to better engage with your employees or customers, contact us today by filling out the form below! A member of our team will get in touch with you shortly to schedule a call.