What Brands Can Learn From When Harry Met Sally

You can learn a lot about engagement by sitting down to watch Nora Ephron’s cinematic magnum opus, When Harry Met Sally. And we'll take any excuse we can get to watch it!

First time viewers will discover where the phrase “I’ll have what she’s having” originated. Younger rom-com aficionados will receive a crash course in late 1980s style, shoulder pads and all. And if you sort of ignore the film’s final scene, the movie answers the age-old question: “can men and women truly be friends?” (Answer: Yes.)

(Note: this blog post is based on a talk given by Amanda Slavin at the 2019 High Five Conference. To see her full presentation, click here—she comes on at around the 13-minute mark!)

Harry Burns (played by Billy Crystal) and Sally (portrayed by Meg Ryan) first meet as freshly minted University of Chicago graduates, during a long, shared car ride to New York City, where their new jobs have taken them. Off the bat, they don’t get along.

Level 1 is characterized by a person showing disinterest—and disinterest is just what Harry exhibits the second Sally tries to strike up a conversation about how they’ll divvy up the driving responsibilities. Do they trade off by time driven, or distance? Harry isn’t into it. He ignores the question entirely and offers Sally a grape to snack on instead.

Level 2 is characterized by a person’s confusion, and subsequent feelings of inadequacy. In the case of Harry and Sally, they start off as such different as people from each other, that they practically don’t even speak the same language. 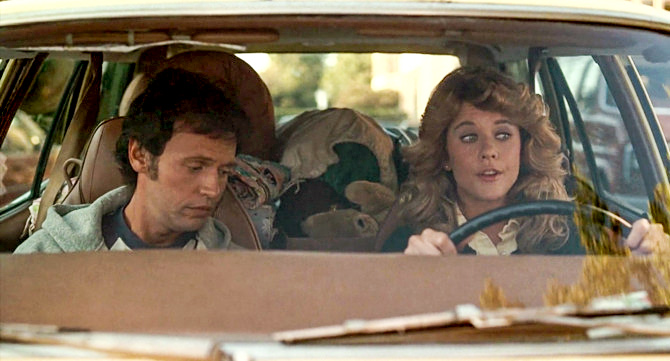 Their drive to the Big Apple culminates with a fight over the question: “can men and women truly be friends without sex getting in the way?” They vehemently disagree, with Harry firmly in the “no” camp, and Sally whole-heartedly saying “yes.” Cue, a montage of them driving around NYC while a Harry Conick Jr. cover of Louis Armstrong + Ella Fitzgerald’s “Let’s Call the Whole Thing Off” plays:

Either, either neither, neither

Let's call the whole thing off.

Let's call the whole thing off

Level 3 is characterized by a person demonstrating interest, only to have that interest wane due to distraction. As the plot develops, Harry and Sally cross paths again, and an unlikely friendship begins to blossom, thanks to Harry being less of a jerk.

In a scene following the engagement of Sally’s best friend to Harry’s best friend, we spot the titular characters shopping for an engagement gift together at a gadget store. Harry eyes a karaoke machine, and along with Sally, begins to sing a rousing rendition of a duet from Oklahoma. The chemistry, folks, is palpable, until Harry spots his ex-wife and stops singing/interacting with Sally altogether. 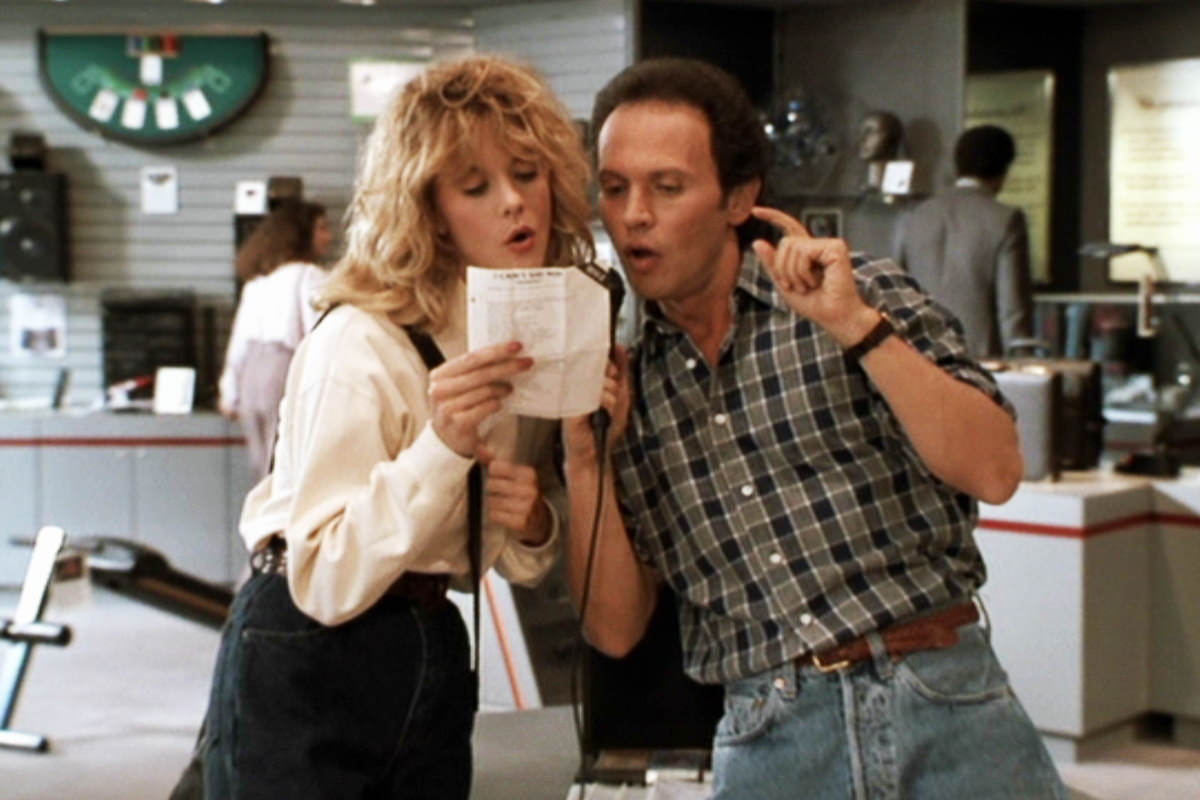 The duo recover from the aforementioned ex-wife incident at Sharper Image, and continue to develop their rapport and grow their friendship. In one scene, Harry mentions off-handedly that he thinks Sally should wear skirts more often. In a scene that closely follows, we see Sally as she’s looking at a new apartment, wearing a skirt.

Level 4 is characterized by a person’s active response to instruction, assuming the suggested action isn’t too demanding. It shows a person is listening, and receptive to you enough to consider the recommended action.

While at the batting cage with his friend, Harry is asked why he spends so much time with Sally. Perhaps out of machismo, Harry boasts that he’s getting something out of his still-Platonic relationship with Sally—namely, that he gets a woman’s perspective on things. Harry—at least when discussing such matters with his male pals—enjoys Sally’s company because of what’s in it for him.

Level 5 is characterized by genuine excitement, but the engagement is driven by self-interest, rather than an interest in another individual or organization.

As their friendship develops further, Harry and Sally begin to challenge each other and legitimately force one another to grow as individuals. In one scene, we see Harry call Sally out for never getting upset over an ex leaving her. Shortly thereafter, we see Sally crying over said ex, and yelling at Harry: “I need a tissue!”

Level 6 is characterized by a person feeling inspired enough to make a change in their own life.

At the film’s conclusion, after both Harry and Sally began their New Year’s Eve dateless, a distraught Harry barges into the party Sally is sadly attending. Harry decides to tell Sally he loves her but she initially demurs—she suggests he’s just making this gesture now because he’s lonely on a day that’s hard on lonely people. In response, he begins citing all the idiosyncrasies he loves about her. Stunned, Sally replies: “You see? That is just like you, Harry. You say things like that, and you make it impossible for me to hate you.” Their values are intertwined. At this point Harry’s identity is wrapped up in Sally and vice versa, and there's a deep, mutual understanding between them. 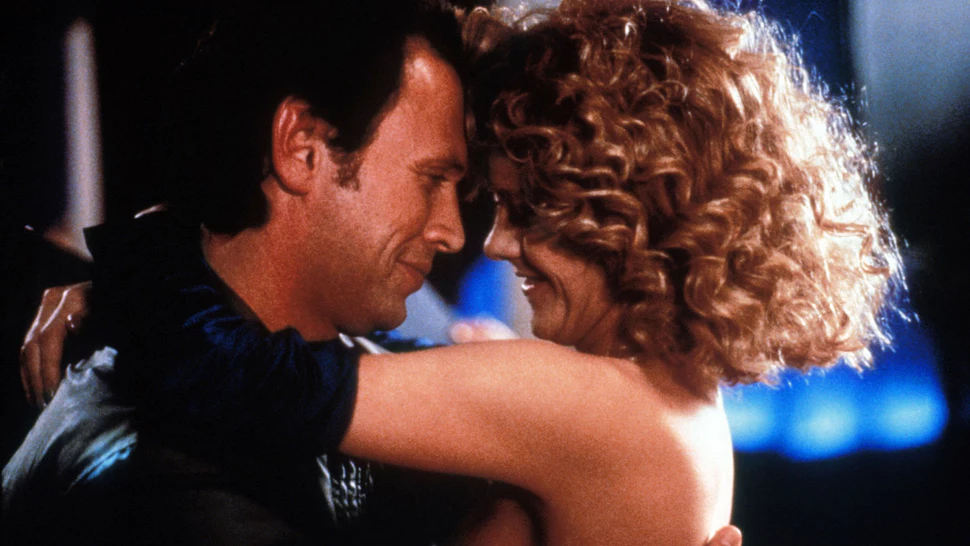 When Harry Met Sally remains a classic to this day because it’s extremely well-written, both comedically, and from a believability perspective. Accordingly, Harry and Sally don’t continually “level up” their relationship. There are hills and valleys along the way—and that’s how engagement works, too. It takes a lot of work to cultivate engagement all the way to the seventh level, and just as much to retain people up there—the journey isn’t always smooth but since Level 7 engagers are truly the driving force behind your brand, it’s always worth it.